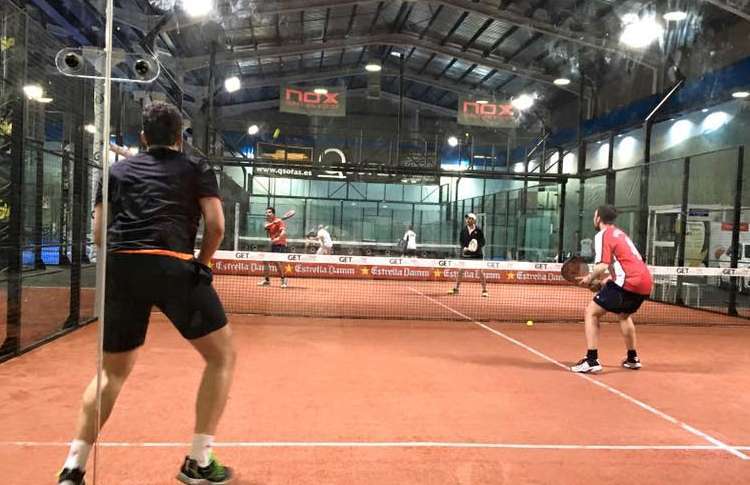 Here we go again talking about attack and bottom, when is this strategy useful? How do you attack from the bottom?

We know that in padel the winner is the one who makes the least mistakes but it is clear that we cannot limit ourselves to this consideration… because in addition to making the least mistakes, the winner is the one who manages to be more offensive than the opponents.
At the amateur level, however, there is a false belief that in order to win the percentage of offensive play it is consequently necessary to be predominantly positioned under the net and this means that in the field turns into a game that continues to rise and fall from the bottom of the field, as the only solution.
In this article instead we want to highlight how the offensive game can (and must) be managed across the court, in every phase of the exchange.
As we said, many believe that the attack is done from under the net but it is more correct to look at how the attack starts from the back court.

WHAT CHARACTERISTICS OF THE PLAYER REQUIRES THE ATTACK FROM THE BACK?

Certainly quickness of the player, who must know when to follow the ball to ¾ and up to the net depending on the shot he made.
The player who has a better volley than the smash.
It is a good solution for the player who has more confidence at the net than in the back court defense.
And finally, it is a good tactical choice for players with little physical performance, who move little on the court, if only for excessive tiredness in the second half of the game. These choices in fact allow you to save energy to be used in attack and without losing the net even in the backline.
In this strategy it is important to have a good volley in the “no man’s land” because it will be a very requested and necessary shot, both to complicate the opponents’ defense and to play shots that can give us the final point.

WHEN IS THIS STRATEGY USEFUL?

It works very well with players who are used to resort frequently to globes, which make it difficult for us to keep the net. Also, it is useful with players who are very strong defensively and tend to play on the baseline.
When we realize we have players of this type, it is important to test their climb to the net and their effectiveness because we may find that they are less fearsome than from the baseline and therefore it may be wise for us to take them to the net and then close while they are in their area of least comfort.
In this case, knowing that we start the attack from the back court, we can easily manage their volleys and smashes not irresistible to go up in one / two exchanges catching them out of position.

HOW TO ATTACK FROM THE BACK?

If we are at the back of the court, our opponents will be at the net. A very fast ball can pierce them, forcing them to move back to retrieve it when it bounces off the glass. Or again, a fast shot to the body, forces the opponent to a response with more difficulty of control, with high risk of throwing the response to grating or glass or again, giving us an easy ball to counterattack.
We can play forehand or backhand, deciding with comfort the direction of our body.
Or, we can take advantage of the bounces that come out very high off the glass that allow us to hit the ball from above. We can choose to hit it flat or cut, depending on the effect we want to create.
With this shot it is not necessarily wise for us to follow the ball and position ourselves immediately under the net, we must take the time to understand what the opponent is doing.

We have in fact three papable scenarios:

a. The opponent responds with a nice volley. If we had gone up the court we would probably have been hit, while, by staying at the bottom of the court, we can make an excellent defense.
b. The opponent responds badly and serves us a ball that remains high. This is a good opportunity for us to advance into the middle ground and hit on the fly, anticipating the ball. This is the opportunity that allows me with an intermediate shot to win the net (if it was a good volley).
This half advance is dictated solely by the speed of the ball, this emphasizes how important it is for all players to be able to master the volley on this side of the court as well.
c. We pierced the opponent’s wall forcing them to come back to recover the shot. In this case both the player who made the shot from the back of the court and his partner must be very quick to fly under the net. The more our shot was cut, the more complicated the opponent’s defense will be (the ball will bounce very low and come out very little).

The chiquita is a slow, low shot that “falls” just past the net.
It is effective because it prevents opponents at the net from hitting with a volley and indeed, they will be defending from below (well below the net line), thus offering us a high ball.
In this case it is important to follow our shot and position ourselves quickly at the net, because their response will give us the opportunity to attack easily (their response will be slow, giving us plenty of time to prepare the shot, often a slap).
If we are at a stage of the game where we are tired (and therefore less fast) or in general, we do not move quickly on the court, it is still important to advance in the ¾ zone. In this case we will gain the net in two shots instead of one.

This is the most complex solution because it requires decision-making, speed in reaching the net, a good volley and good reflexes, as well as knowing which opponent to apply this strategy to.
It works well with opponents who do not have a powerful smash and who prefer the bandeja, safer, cross court and well done to keep us pushed to the bottom waiting for our error to make the winner (do you know the Salazar?). In general, it is useful with those players who don’t have much variety in their shots and who tend to be repetitive, predictable in these responses.
What we can do is to make an orb that is uncomfortable (very close to the grate, or slightly behind the ideal position for example) so that the opponent in the volley is in the least optimal condition.
If in the game we have observed repetitiveness in his responses and can therefore predict how he will respond, this is a good opportunity to get on the net and anticipate the volley response. This solution completely breaks the opponent’s time, as well as potentially being a decisive shot.
It is only fundamental the decision, because I don’t choose at random how to move. In this case in fact I will follow my lob to the net to be comfortable about one meter from the net when it will be my turn to respond to the volley of the opponent.
As always, our advice is to introduce these tricks gradually, perhaps with the support of our instructor of confidence to understand them better by seeing them in the field and then make them part of our baggage to be used during the games that we feel more, whether in the club or tournament!

Good padel to all
by Roberta Lozza

The great lesson of tactics of the Mexico Open