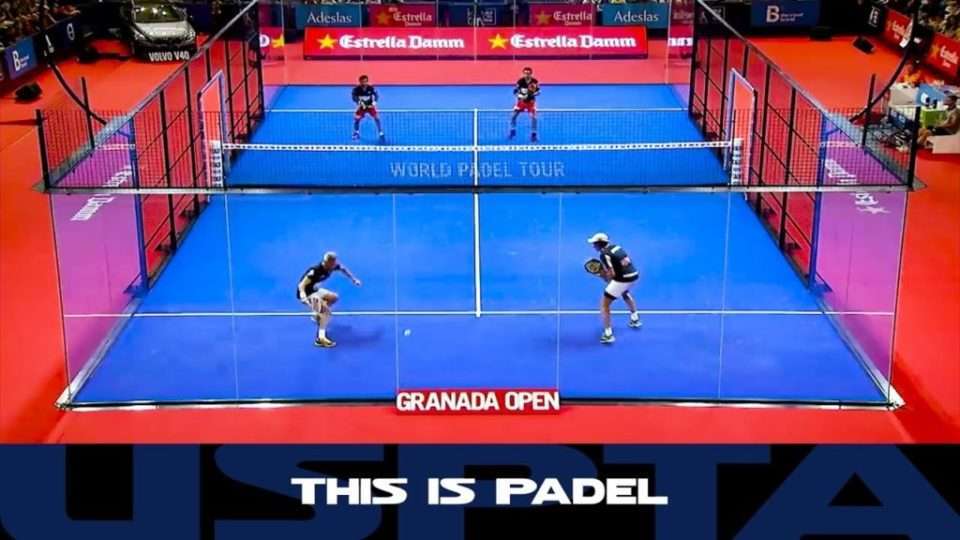 Positioning on the court

Field positioning is a very important factor that we often forget, not only in the case of novice players, but also in the case of more experienced players.
It is normal that novice players are focused on the ball that their opponents have thrown and forget about positioning, but we must try to inculcate in them that a good positioning saves us a lot of effort, because being badly positioned, even having a good technique, we have the possibility of executing a bad shot.

What stance to maintain on the padel court?

First of all, remember that it is very important to maintain the correct holding position (i.e. the posture we must maintain before the opponent throws the ball at us).
Once we take this into account, we need to learn where exactly on the court to position ourselves:
We need to differentiate whether we are attacking or defending in order to determine which positioning to adopt…

If we are defending

We will place ourselves behind the service line and closer to the bottom wall than to the line, but in such a way that if we extend the blade backwards we do not touch the bottom wall, that is, we must not be excessively attached to the bottom.
With respect to the side wall at a distance of about one and a half meters, which we will measure by touching the glass with the blade and adding a lateral step towards the center of the track.
In the case of answering the serve we will be closer to the side, eliminating the extra step, but always ready and alert to snap in case they throw us the ball in the middle of the court.
When we execute a shot that forces us to move, we will return as soon as possible to the position described.
Both players must be in the same position, with exceptions in the case of professionals.

If we are at the net

We must put ourselves in a position that allows us to attack the volleys well so as to execute the shot with the ball high above the level of the net and also that allows us to move back with guarantees to close the shot. This is why the physical conditions of each of us affect the positioning in the network, because:

Video of where to position yourself on the court:

The two players must advance sideways at par, oriented towards the side of the court where our opponents have the ball like the windshield of a car: The technique of the windshield wiper, trying to cover first the parallel shot that is the most immediate and being able to react better to the cross shot, since it travels more distance, so we have more time to counter it.
Remember that a ball can force us to move anywhere on the court, but after hitting we will immediately return to one of the two positions we mentioned earlier.

Video to learn how to move in pairs in padel