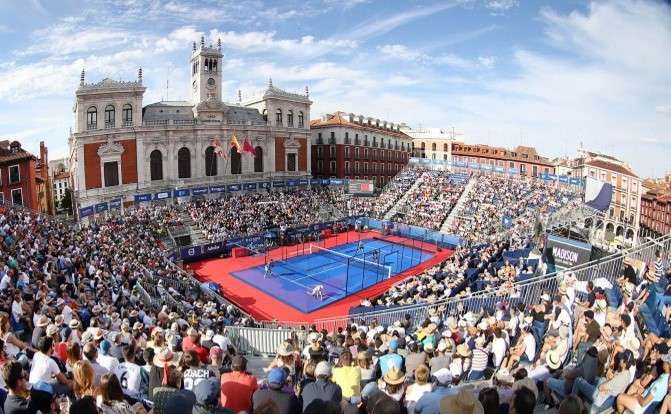 Although Padel had already begun to spread in the 90’s (especially in Spain and Latin American countries), with the holding of some editions of the World Championships, European Championships and some international tournaments, it had to wait until the 2000’s to see its first international professional circuit.

The Padel Pro Tour (PPT) was the most important professional padel circuit in the world during its eight years of existence (2005-2012), both for the organizational level of the tournaments and for the participation of the best players in the world.
The project, which began in the 2005 season, was the result of an agreement between several groups of organizers of professional padel tournaments.
In the first years of life, the stages of the circuit (20 for the male category and 8 for the female one) took place only in Spain and, since 2010, one of the objectives of the internationalization of the circuit was finally achieved.
In fact, three tournaments were held in Argentina, two promotional ones in Mendoza and San Luís, plus the Mar del Plata International which inaugurated the official season.
On a sporting level, Juan Martín Díaz and Fernando Belasteguín have been number 1 in the ranking for all the years of the circuit’s existence with epic challenges against great opponents such as Juani Mieres and Pablo Lima.
As for the women’s category, the fight in those years focused on the two best couples of the moment: Carolina Navarro-Cecilia Reiter and Icíar Montes-Patricia Llaguno.
In 2011 the organization achieved one of the greatest successes for the future of the circuit, the sponsorship of Bwin, and from that moment the PPT was referred to as the Bwin Padel Pro Tour circuit.
All this contributed to the knowledge of padel as a professional sport through the great diffusion obtained in different media at international level. 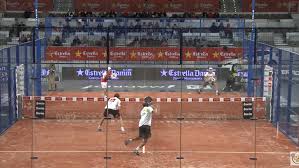 The Padel Pro Tour, from January 1, 2013, was joined by the WPT, World Padel Tour, still the most important event for fans of the sport. The WPT was the result of an agreement between the organizers, the Association of Professional Players (AJPP) and the Spanish Women’s Padel Association (AFEP).
After a long legal battle, which involved the two circuits PPT and WPT, due to competition for the stages and the presence of the most important players in the second, guaranteed by AJPP, an agreement was found that provided a single professional circuit worldwide, the World Padel Tour.
The circuit is currently managed by Setpoint events S.A., a Barcelona-based subsidiary of the DAMM group, which sets the rules and ensures and guarantees that the required quality parameters are met, as well as the prizes for professional padel players who participate in the circuit. The WPT tournaments are on average between 15 and 20 per year (except for 2020 that were 11 due to the health emergency), plus a final Master in which the best couples in the ranking face each other, eight in total, after finishing the season.

For the women’s category the number of tournaments has been in past years lower, until a few years ago it was about half of the men’s, in the last year instead there has been the same a number of tournaments for the two categories.
In June 2019 there was a historic agreement between the WPT and the International Padel Federation that led to the unification of a single ranking recognizable throughout the world for both the men’s and women’s categories.
The year 2020 marked instead the first historical stage of the circuit in Italy, in fact from September 6 to 13 in Cagliari was held the Sardinia Open (with the victory of the couple Tapia-Belasteguin).

Winners of the 8 seasons of the World Padel Tour

In these 8 seasons in the men’s category the one who is in first place for the most editions won is the Argentine Fernando Belasteguin with 5 editions (2013 and 2014 paired with the Argentine with Spanish passport Juan Martin Diaz and 2015,2016 and 2017 with the Brazilian Pablo Lima).

Here is the complete ranking of all men’s winners of the 8 seasons:

Complete ranking of the winners of the 8 seasons