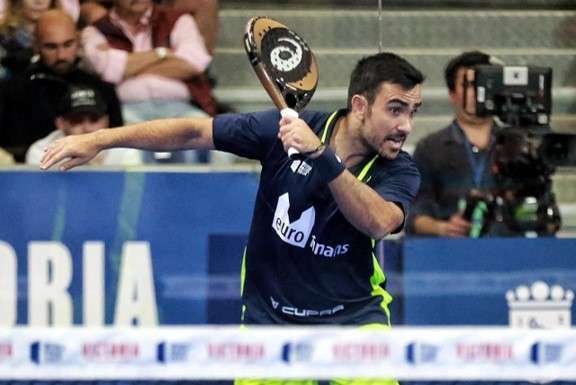 Brazilian Pablo Lima also known as “El Canon de Porto Alegre” was No. 1 for 3 consecutive seasons from 2015 to 2017 along with Fernando Belasteguin, and is currently No. 5 in the world in the 2021 WPT rankings.

He will play from this year the most important professional circuit in the world alongside the Argentine Agustin Tapia and will participate in the Italian championship series A 2021 with the Circolo Canottieri Aniene, current champions of Italy.

History and palmares of Pablo Lima

Born and raised in Porto Alegre, Brazil, on October 11, 1986, the “gaucha” part of Brazil that is the one closest to Argentina and therefore more padelera.
He moved from Barcelona to Bilbao one year ago because he was appointed Ambassador of the Basque Country Federation.
Pablo Lima is a lefty and occupies the right side.
He partnered for years with Argentine legend Fernando Belasteguin.
Pablo began to devote himself to Padel at the age of 9 years to become a professional in 2004, but it is in the year 2008 when, forming pair with compatriot Jardin, begins to get great results becoming the revelation of the season.
But the best results of Lima come from 2009, namely the union with the Argentine naturalized Spanish Juan Mieres with whom he began the arm wrestling between the two aspirants to the throne and the kings of the history of the sport, Belasteguin-Diaz. After many years as number 2 in the world in 2015 creates a new couple with Fernando Belasteguin with whom for three consecutive years (2015/2017) dominates the world stage and rises to 1st place in the WPT ranking.
In the following two years, due to two injuries of his partner, he ranks 3rd in the world ranking in 2018, 6th place in 2019 but takes away several satisfactions as the Master Final 2019 in Barcelona paired with Spaniard Ale Galan and 8th place in the ranking race 2020.
His compañero in the 2020 WPT was Paquito Navarro with whom he won the Marbella Masters in March last year.
In 2020 he won the Series A championship with the Padel Team of the Circolo Canottieri Aniene with which he will defend the title in 2021. 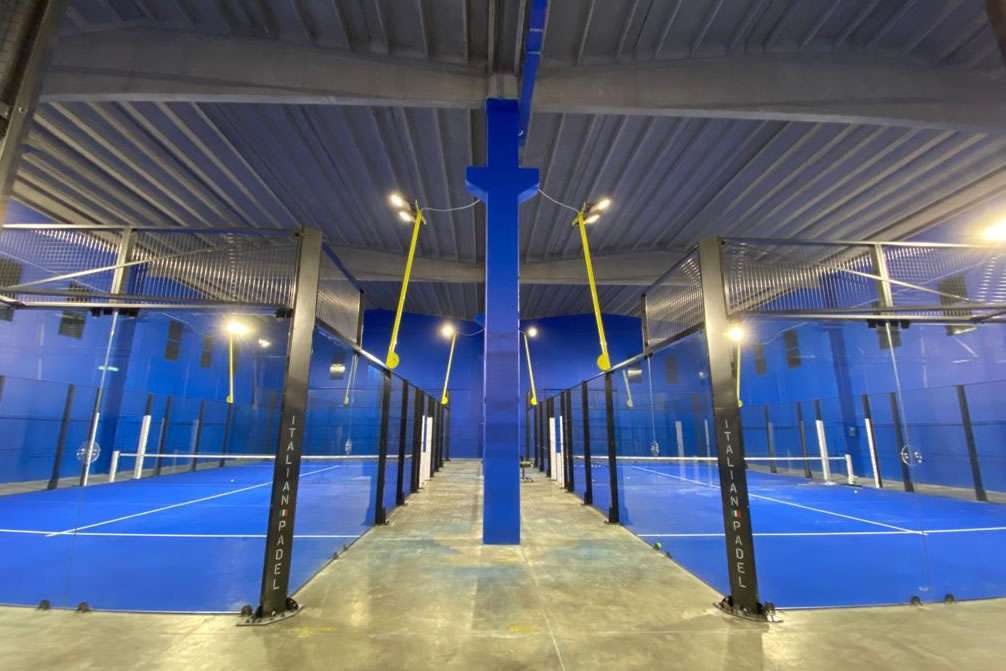 How did your nickname of “El Canon de Porta Alegre” come about?
This nickname was created by WPT commentator Lalo Alzueta. He always puts nicknames on players…..and this is mine.
At what age did you learn about padel and were you already playing other racquet sports previously?
I learned about it when I was 9 because my dad played it. It was my first contact with a racquet sport. Before that I had only played soccer. Brazil is not a country that has a big connection with racquet sports.
June 11, 2014 … what does that date remind you of?
The week that with Juani Mieres we moved to number 1 in the ranking. We didn’t end the year as #1, but even though it was short lived it was an honor.
What would you say are your top 3 shots in order of ranking?
I don’t have a specific stellar shot, but if I had to pick the best ones in order are the orb (lob), forehand volley, and backhand from the baseline.
Do you consider yourself more technical or tactical?
I think I’m more tactical and disciplined. I think all players are a mix of different aspects. In my case I have an order to my game and I always try to do the best to make the pair work.

Is Padel in Brazil growing as the number of clubs and fans of the sport?
Padel in Brazil is growing a lot. Many new clubs are being born and the number of practitioners is increasing a lot. This is undoubtedly the best moment of this sport in the country.
Are there any promising young Brazilians?
In Brazil there has always been a great breeding ground, but what happens is that for some reason these players do not want to go out and play abroad. João Pedro Flores is one of the young players who could do great things in Europe.
What do you think about Julio Julianoti and Stefano Flores?
I think they are a very strong pair in Brazil and at the South American level. I have the feeling that they have never had the ambition to compare themselves with the best. They are undoubtedly very good players and could play WPT easily.
Pablo, 2020 has been the year with the least number of victories in the World Padel Tour, what didn’t work?
I think a lot of factors came together. It was undoubtedly the year in which we saw the highest level since I started playing. When you don’t win it means that others have done better than you, that’s important to admit. That being said, I think the lack of continuity affected me more than others. We had high expectations as a pair, but we didn’t perform as expected. There’s no excuse for that. 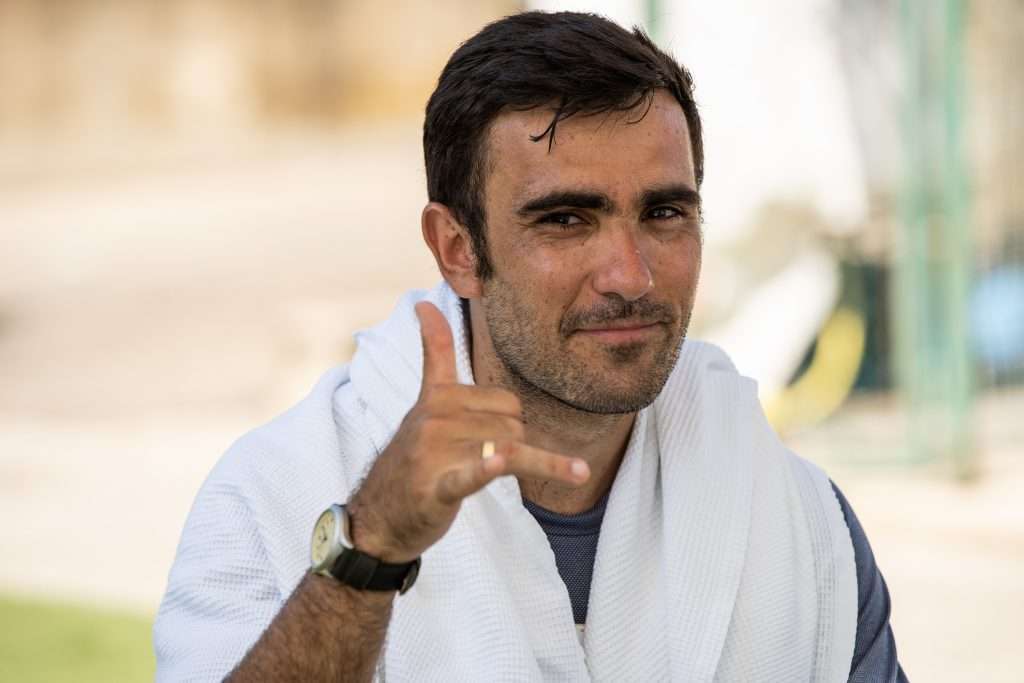 From this year you will play the World Padel Tour with the young Argentinean Agustin Tapia, what do you think about him and what will be your future goals?
Tapia is already an amazing player with both physical and technical potential and he can still give more of himself. He will be a great protagonist of padel for a long time.
Undoubtedly our goal is to fight and play for the top positions.
When will we see you again in Italy?
For me it is always a pleasure to come to Italy! In 2020 I had my first contact with padel in Italy and it was a pleasant surprise for me. In Italy padel is enjoying good health and it doesn’t stop growing.
Will you still be playing in the Serie A?
Yes! I’ll stay at Aniene, it’s a very nice championship, great idea of the federation.
I think it helps to bring out and grow more Italian players.
I hope it will continue to be played and I would like to play in it for many years.

In the last World Padel Tour 2020 he won only one tournament but reached 2 times the final, 4 times he entered the semifinals and 2 times the quarterfinals.
He has won 47 World Padel Tour tournaments in his career, playing 430 games in the WPT and winning 367 of them (85% of victories) and he is the 2nd in the ranking, as % of victories, after Belasteguin (90%) with whom he has won 53 consecutive games.

The WPT asks 25 million € to the players! The PPA responds!