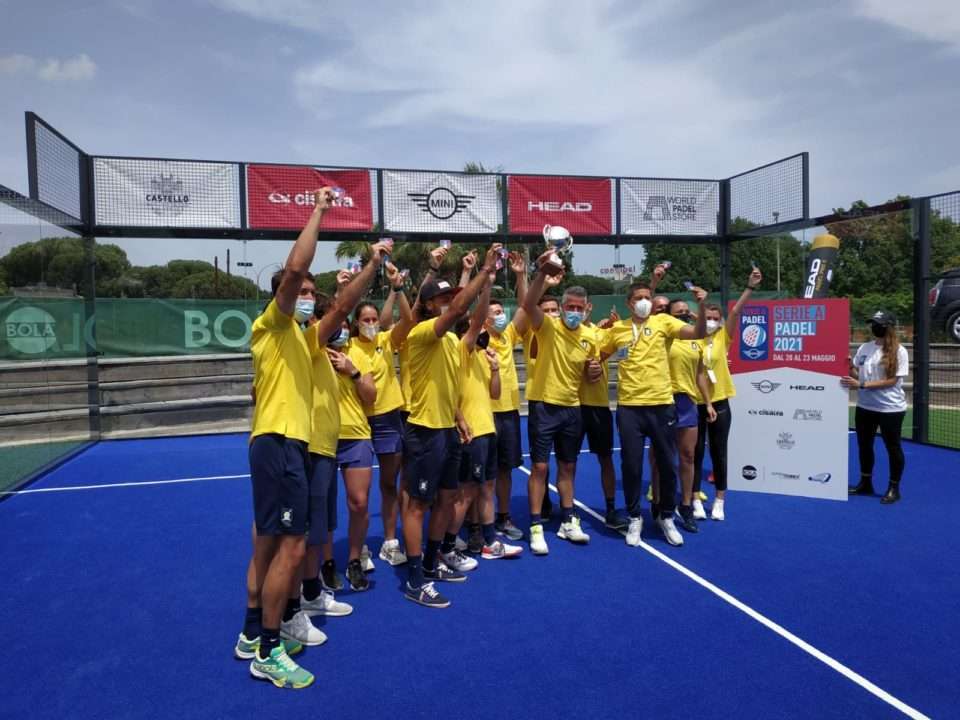 The eighth Serie A championship will take place this year in July and will last 5 days from July 13 to 17.

Still to be decided the location of the event and the date of registration is extended until April 29.

The first 7 editions were all won by the Padel team circolo Canottieri Aniene.
The 8 teams that will play for the 2022 championship are the following:

For the final for first place, the two teams that had already played in last year’s finals, Circolo Canottieri Aniene and Orange Acuero Padel, took the field.

The victory went to Aniene, who has won all seven editions of the A series since it was created.
They were the big favorites but the matches must always be played and the Aniene players played them all with the same gritty desire to defeat their opponents without leaving open windows of recovery. In 3 days the Italian champions won all three games of the qualifying round, the semifinal and the final without ever losing a game or even a set (38 sets won to 0 and only 58 games lost in the whole event).

In the final also the Orange had to bow down despite having champions of the caliber of Fernando Belasteguin and the Italian champions for men (Capitani-Cremona) and women (Sussarello-Pappacena) but it was not enough against the battleship. The match ended 3-0 with the victories of Lijo-Di Nenno (6-1/6-2 vs Belasteguin-Perin), Triay-Riera (6-1/6-2 vs Pappacena-Sussarello) and Campagnolo-Lima (6-1/6-0 vs Cremona-Capitani). The fourth match was not played as the result was already established.

The declarations of the 2021 champions

We heard the sports director of the champions of Italy Alessandro Di Bella who made a statement after the final: “it is a great success because after 6 years of triumphs at the last point this year was a domain and it is thanks to the players that I want to thank because 3 days of a tournament as important as that of Santander have given everything honoring the commitment and the shirt that has made all proud members of the Club.

The third place went to the surprise of the tournament, the freshman Mas Padel Center of Catania that defeated Magic Padel 4 to 0.
The challenge for the fifth place saw Monviso Sporting Center prevailing over Due Ponti 3 to 1 and in the last match between the two teams already relegated to Serie B, GFG Sport of Peschiera Borromeo got the better of Misano Sun Padel of Riccione 3 to 2.