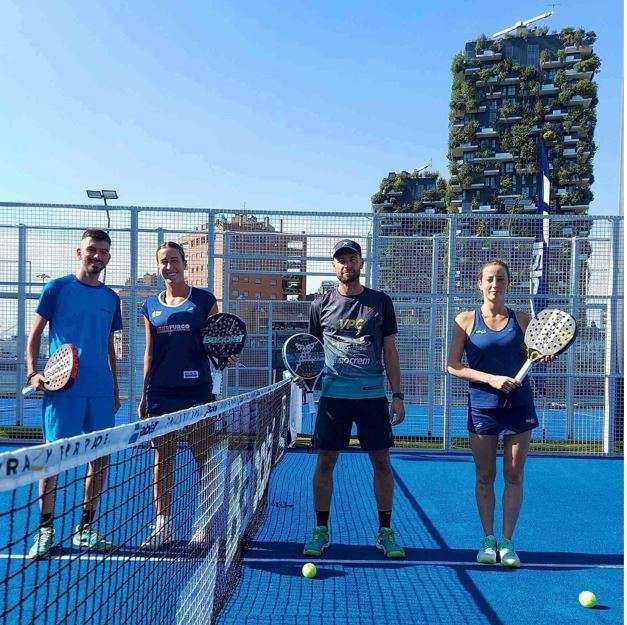 WOMEN AND SPORT, PADEL IS MORE AND MORE PINK: ONLY IN ITALY THERE ARE 4 FEMALE PLAYERS EVERY 10 FANS

The growth of the sport of the moment continues (+9% of courts in Italy in 2021) and is increasingly appreciated by women: in Spain alone, 32% of federates are made up of female athletes. Confirmation also comes from social media: numerous are the contents published with the hashtag #padel on Instagram by “padel ladies”. Celebrities and influencers such as Viky Varga, Melissa Satta and Miriam Leone are also involved. “As the years go by, I see more and more women on padel courts: it’s an exciting discipline,” says Sarah Maestri, actress and amateur player. “Padel is a simple and inclusive sport that involves athletes of all ages,” says Marco Maillaro, one of the founding members of Z Padel Club.

Grace and elegance, but also passion and determination: these are just some of the qualities that distinguish women in every area of everyday life, including the sporting universe. The latter is extremely influenced by the interest of the fairer sex, increasingly rooted, towards the padel. Riding the tidal wave of the “padel business”, which now counts in the Bel Paese more than 5 thousand fields (+9% compared to 2021), confirmations come on the growing presence of women on the fields of the sport of the moment: the first indications come from El Paìs. According to the well-known Spanish newspaper, women make up 32% of the entire panorama of athletes in the Iberian Federation. In France, on the other hand, at the end of 2021 there were almost 2,000 female players in the national ranking and, out of 1248 total tournaments organized during the same year, 21% were “totally female”.

But that’s not all, further information is extrapolated from the latest Observatory realized by the specialized portal MR Padel Paddle and taken from the British newspaper The Guardian: the article in question speaks of both girls and women over 60 who in Italy are beginning to become familiar with the paddle court. Remaining in optics Bel Paese, also France24 takes up what is indicated by the well-known blog made in Italy and realizes an in-depth analysis on the development of the sport of paddle: according to what is reported by the transalpine television station, almost 4 out of 10 practitioners in Italy (35%) are part of the fair sex. Moreover, according to the latest data released by the FIT– Federazione Italiana Tennis in merito alla disciplina del padel, a fine dicembre 2021 risultavano quasi 10mila le donne tesserate. Il trend si conferma forte anche sui social: sono innumerevoli, infatti, i post pubblicati su Instagram dalle appassionate con l’hashtag #padel. Dalle piattaforme social emergono sempre più celebrities che si sono messe in gioco a suon di colpi e tecniche: da Melissa Satta a Miriam Leone, da Viky Varga a Federica Nargi, da Costanza Caracciolo a Chiara Carcano fino a Laura D’Amore e Diletta Leotta. 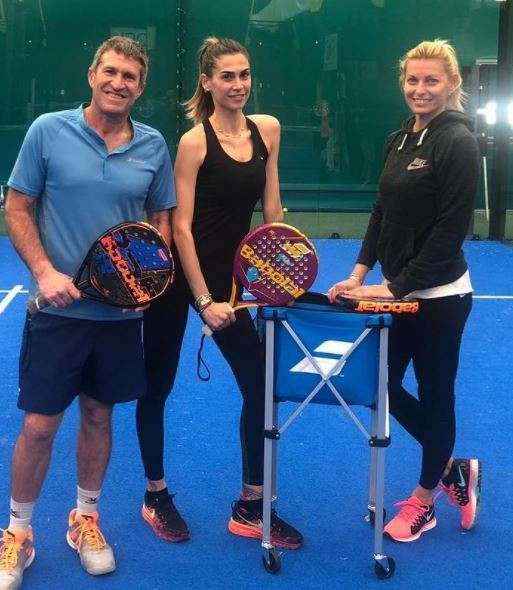 This is what emerges from a series of researches carried out on the main international newspapers of the sector by Espresso Communication for Z Padel Club, an innovative startup and veteran of the realization of two temporary clubs where various activities and initiatives have been organized, also with a pink background. “Padel is a simple sport and for this reason it is extremely inclusive – says Marco Maillaro, one of the founding members of Z Padel Club – As a leading company in the sector, we have had the opportunity to organize both initiatives and training lessons for amateur players in the company of qualified instructors and tournaments with international level athletes in our temporary clubs. But it’s not over here because in the future, on the occasion of the next openings, new inclusive activities will emerge to bring more and more women, belonging to a wide target, to the world of padel“. 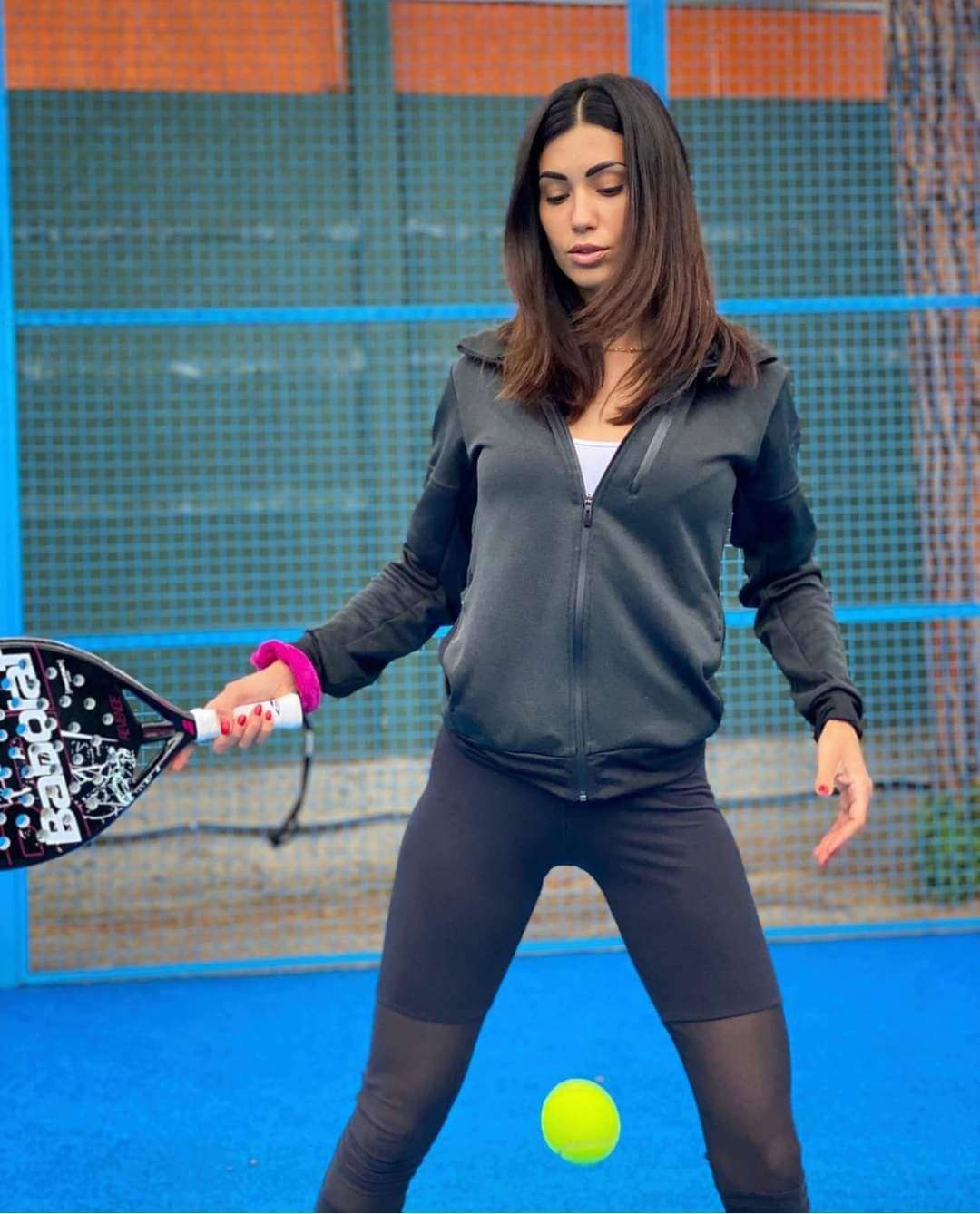 Maillaro‘s words go hand in hand with the declarations of Sarah Maestri, actress, among many other films, also in “A Night Before Exams” as well as an amateur Babolat player: “I see more and more girls on the courts. I didn’t know padel and I had never played racquet sports, but I immediately found it very stimulating because it gives me the opportunity to move around and, above all, to have fun. I unfortunately had severe bilateral pneumonia from Covid-19 and because of that, I was not enjoying very good saturation. The solution was padel, a discipline thanks to which I got back in shape. In addition to being a lot of fun, it is also an inclusive sport, in fact, it is no coincidence that it is through padel that I have become part of a metropolis like Milan, making new acquaintances and friendships. My wish is that the percentage of women on the courts will grow in the future. This year I also had the pleasure of organizing the tournament “Women in the center“, whose proceeds were donated to support an association against gender violence. 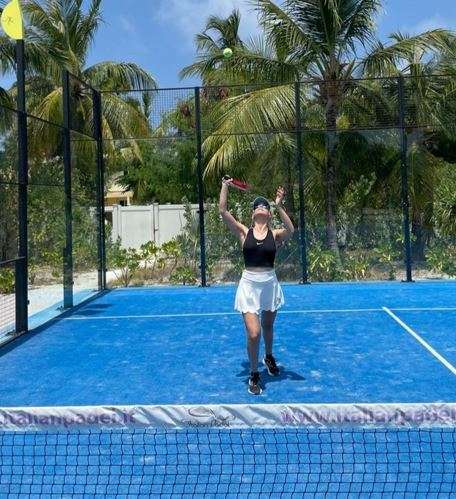 The journey to discover the “total pink” world of padel continues with further interesting insights provided by Digital Sevilla. The Andalusian information portal makes a real in-depth analysis on useful tips to learn how to play padel and, among these, emerges the tendency to use videos that show both professional and amateur athletes. The reason? Very simple, women, unlike males, play much more of strategy rather than power and this, especially at the beginning, is essential to learn the secrets of the sport of the moment. And again, El Español puts the padel ladies in the forefront by stating that the 2022 edition of the World Padel Tour will be unique in its kind thanks to the largest number of female tournaments ever organized within the international event. 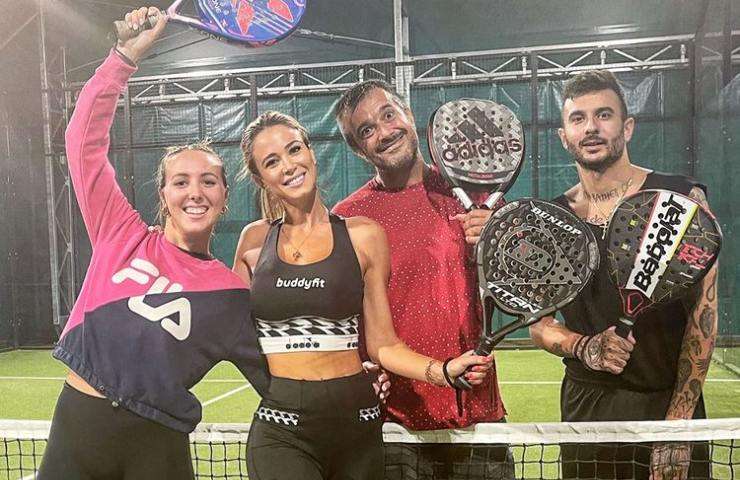 To conclude, the intervention of Cecilia D’Ambrosio, president of the Monegasque Padel Federation, could not be missed: “It is no coincidence that this discipline is increasingly popular among women. The growth of women’s padel can be seen at all levels, both from the amateur point of view and at the professional level, where the panel of female tournaments is developing very quickly. The increase in pink presence on the courts is driven by several factors. Sport is fun and can also be played by four people: this is a point in favor of women because they love practicing group sports. But that’s not all, in fact, in France, in order to meet the needs of individual players, the Federation also gives them the possibility to join men’s tournaments according to the level of preparation of each female athlete. Moreover, it is important to remember the adaptability factor: padel, in fact, is inclusive because everyone can get involved without any difficulty. Considering what has been said so far and the inevitable increase in the number of female athletes, the Federations will be called to take the field with the aim of organizing more female tournaments”.

by Mr Padel Paddle in collaboration with Espresso Communication srl

Playtomic features: The difference between matches and reservations

Playtomic features: The difference between matches and reservations

How to look for a new partner in padel?