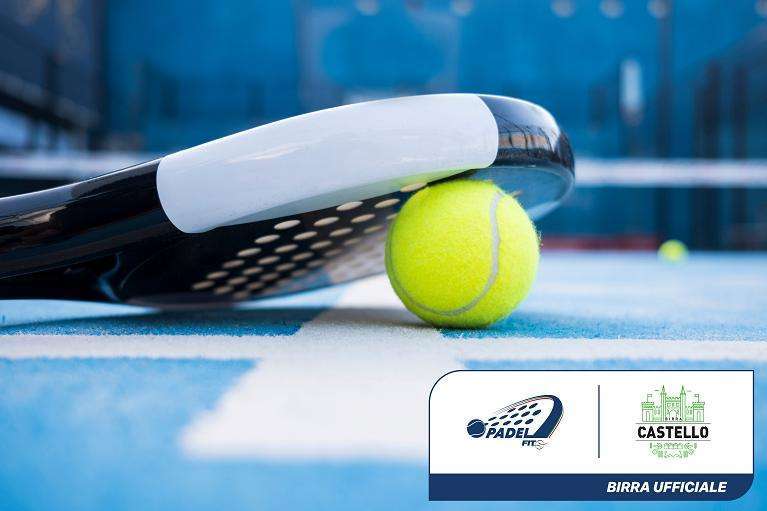 The Italian Tennis Federation and Birra Castello S.p.A. have signed a sponsorship agreement thanks to which the group, the first beer producer with 100% Italian capital, will be a partner of the FIT – Padel Sector and Slam Padel by MINI, thus becoming the official beer of the Padel – FIT Sector.

The three-year partnership, from 2022 to 2024, provides for the customization of dedicated products with the brand padel – FIT, which will be available on all sales channels and in FIT clubs and can be enjoyed by fans who every day attend the padel clubs FIT. From March, the Birra Castello brand will begin to be visible on the padel courts of FIT clubs and in the coming months dedicated initiatives will be activated, which will contribute to nurture the community of this sport.

The objective of this teamwork between FIT, of which padel is a part, and the company Birra Castello S.p.A, is to promote the positive aspects linked to the practice of the sport, but also the values of sociality, of being together that are part of the “third time of padel” and make this specialty growing and with enormous appeal among all generations.

Dynamism, energy and spirit of innovation, therefore, unite Birra Castello with a sport, padel, that is growing exponentially and is capturing an increasing number of practitioners and fans in our country, but not only. In fact, the numbers confirm a growing trend and, according to the most recent data, today there are 70 thousand registered members and 910 affiliated clubs. A sport that is also increasing the competitive aspect if you think that there are 57,000 competitive athletes. A discipline that, moreover, today enjoys unstoppable popularity even among well-known sports and entertainment personalities and that has great values such as fair play.

Francesca Ruffini, Marketing Manager of Birra Castello comments as follows: “This is not a simple sponsorship, but a collaboration to promote padel and its positive values at 360°. In fact, Birra Castello wants to exalt the “third time” that is in the DNA of this sport, that is, sociality, fun and being together even outside the field. It is a team game with Padel and FIT that moves from a sharing of values and the spirit that animates this sport and those who practice it. Our commitment, moreover, has a social value because through collaboration with the clubs we want to encourage the rooting of this sport in the territories and especially promote the practice of sports in the community that is a fundamental aspect for young people and not only”.

The Importance of Internal Insoles for Padel