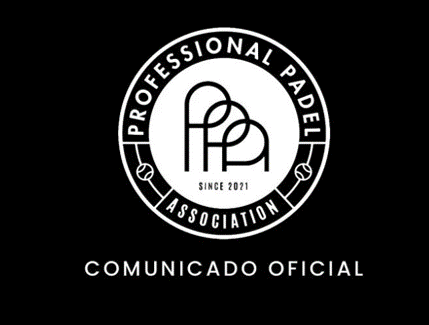 After the request to the CIDA (Spanish Court of Arbitration) of the company Setpoint Events, which organizes the World Padel Tour, for about € 25 million in total against the players registered for the first leg of the Premier Padel in Doha the players’ association (PPA) responds with a statement.

Given the situation caused by the request for arbitration filed by the company Setpoint Events S.A.
organizer of the WPT against professional padel players, the Players Association.

Padel Professionals (PPA) would like to communicate the following:
● Setpoint Events S.A. has submitted to CIMA a request for arbitration in which it demands
an estimate of 12.5 million euros from the first twenty players in the world ranking and
the same amount from the 21st player onwards.

● The PPA has taken appropriate measures to legally defend the players against a
attack that we consider unfair and disproportionate. The Association works to
ensure that professional players can compete freely and, therefore, we estimate
claiming 12.5 million euros does not correspond to the values of the sport.

● Professional padel players will stand united before this new show of
pressure that the WPT seeks to exert from an abusive and clear monopoly position.

● Professional padel players will not allow this kind of pressure to violate
their right to free choice about where, when and how to conduct their activities.

● Finally, the players want to make it clear that despite this unfortunate situation,
will participate in the Vigo Open to be held this week, since they consider that fans
to the sport should not be harmed by the decisions that the WPT is
taking.

The PPA is the Association of Professional Padel Players that today represents the majority
of the top 100 players in the world.
The Association will continue to work to ensure that professional players are able to practice freely.

Of all the legal measures being taken, the PPA along with the International Padel Federation (FIP), have filed a complaint with the European Commission under articles 101 and 102 of European law.
The first of these refers to acts within a market that prevent, restrict and
distort competition.
The second relates to the abuse of a dominant position over this possible competition and the agents involved, which, in this case, are the players.
The European Commission has already been vigorous in this regard in the face of similar situations in other
sports such as with the International Skate Union

Good padel to all!