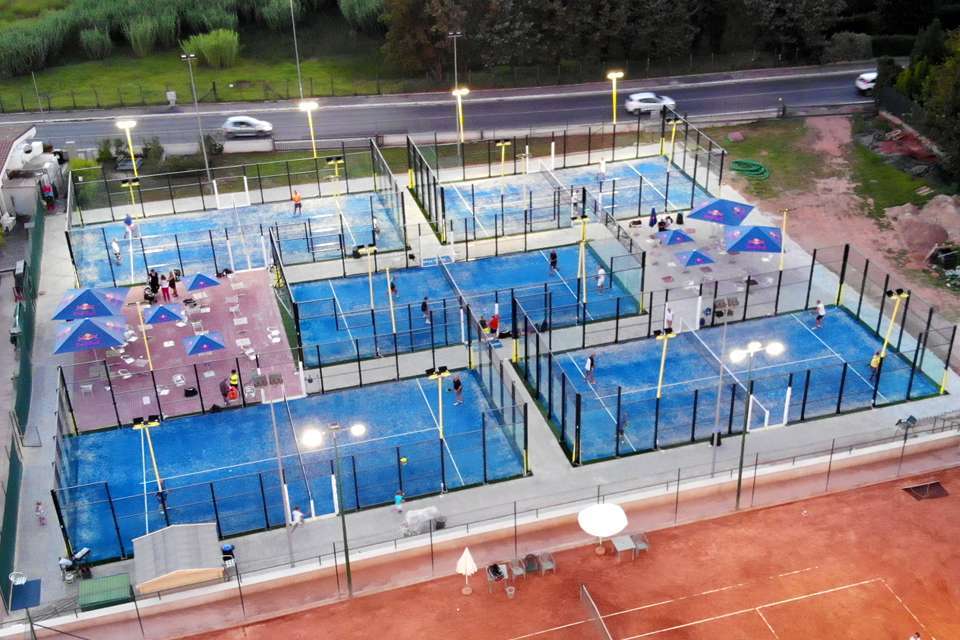 Padel continues to grow at the Italian level with 230 structures and 564 paddle courts installed from the beginning of the year to date March 25, 2022 (+12% compared to the end of 2021) throughout Italy for a total of 2,053 structures and 5,201 courts scattered throughout the territory of our peninsula.
According to the Italian analysis of the National Observatory of Mr. Padel Paddle site the development of this sport is unstoppable and is now practiced in all Italian regions, 106 provinces and 962 municipalities scattered throughout the country.

Lazio leader of the regions in Italy

Since the beginning of the year in Lazio the Padel facilities have increased by 34 units, with a growth of more than 110 new fields (9% more) and is confirmed also for this beginning of 2022 the region with the greatest development of clubs in the Peninsula as number of fields.

At the indoor level, there are 109 facilities with indoor courts (319 indoor courts) which represent less than a quarter of the clubs active in this sport in the region (23% against a national average of 31%).
The average number of courts per club is 3.1 per facility (in Italy the coefficient is 2.5).
In Lazio, 22% of padel facilities in Italy are concentrated (at the end of 2020 they were 34%, meaning that the development of this sport is spreading throughout the peninsula) and 26% of the courts (42% in the same period in 2020).

The ranking by province and municipality

In Rome are concentrated the clubs with the largest number of fields in the region and the same result at the national level; there are in fact 5 in the top 10 places in Italy. After the Country Sport Village in the province of Milan (18 courts) we have two formerly fair Roman clubs with more fields in Italy, the Red Padel with 15 fields (including 9 indoor) and Joy Padel (15 fields including 6 indoor and 3 individual) and to follow a Roman structure with the Padel Paradise Empire (12 fields including 9 indoor).
Also in the metropolitan city of Rome we have 5 other clubs with at least 10 courts such as the historic Bola Padel Club (11 courts), the Olimpic Padel Club (11), the Tennis Club San Giorgio (10), Globo 69 in Pomezia (10 courts) and X4 Padel Club (Ostia area with 10 courts).
In Lazio the structures with more than 4 courts are 75 of which most are concentrated in the province of Rome (66) and of these there are 24 with at least 8 fields in the club.