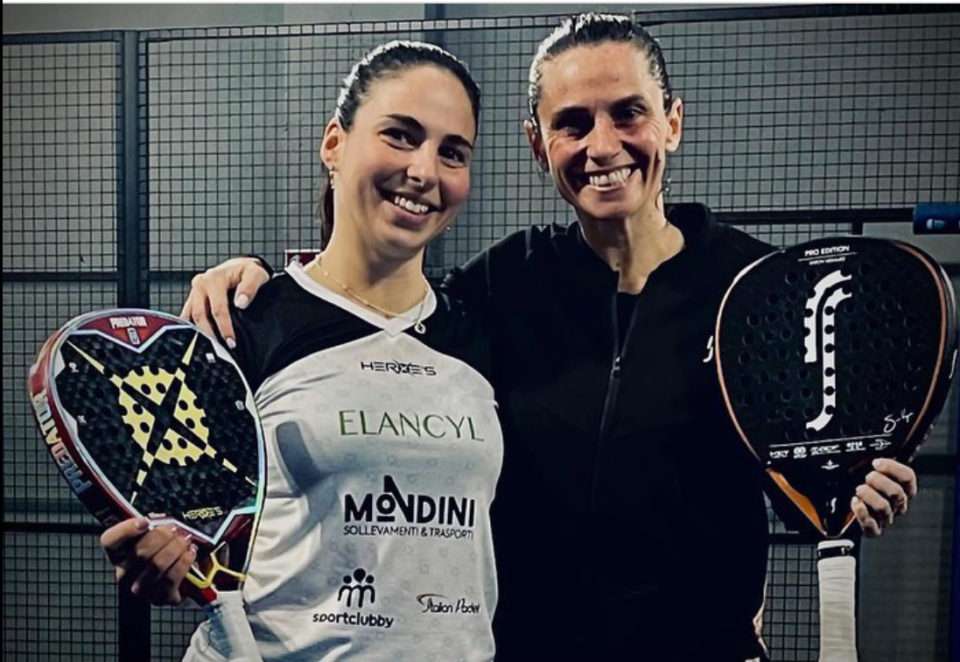 It is finished the first round of previa of the Tau Challenger ceramic getafe 2022, tomorrow we play for the Cuadro Final

Several Top Players will participate starting tomorrow at the Tau Challenger World Padel Tour, there will be couples of the caliber of Marrero-Sanz, Ortega-Gonzales, Alayeto twins, Osoro and Iglesias and many others.

This evening the first round of the challenger was played and at 6pm Carlotta Casali and her partner Patricia Martinez took the field, defeating in three sets Ana María Cabrejas and Carla Serrano González (6-2/3-6/6-1).
At the same time, the No. 4 seeded Pappacena-Marchetti came out defeated by Sandra Hernández and Gemma Negre Sánchez (4-6/6-0/6-2) in a match that seemed within their reach.
At 7 pm it was the turn of the challenge between the 2 Italian pairs, Vinci-Sussarello against Stellato-Petrelli, the latter coming from 2 victories in the pre-qualification.
Giulia and Roberta won in three sets 6-7/6-3/6-2. 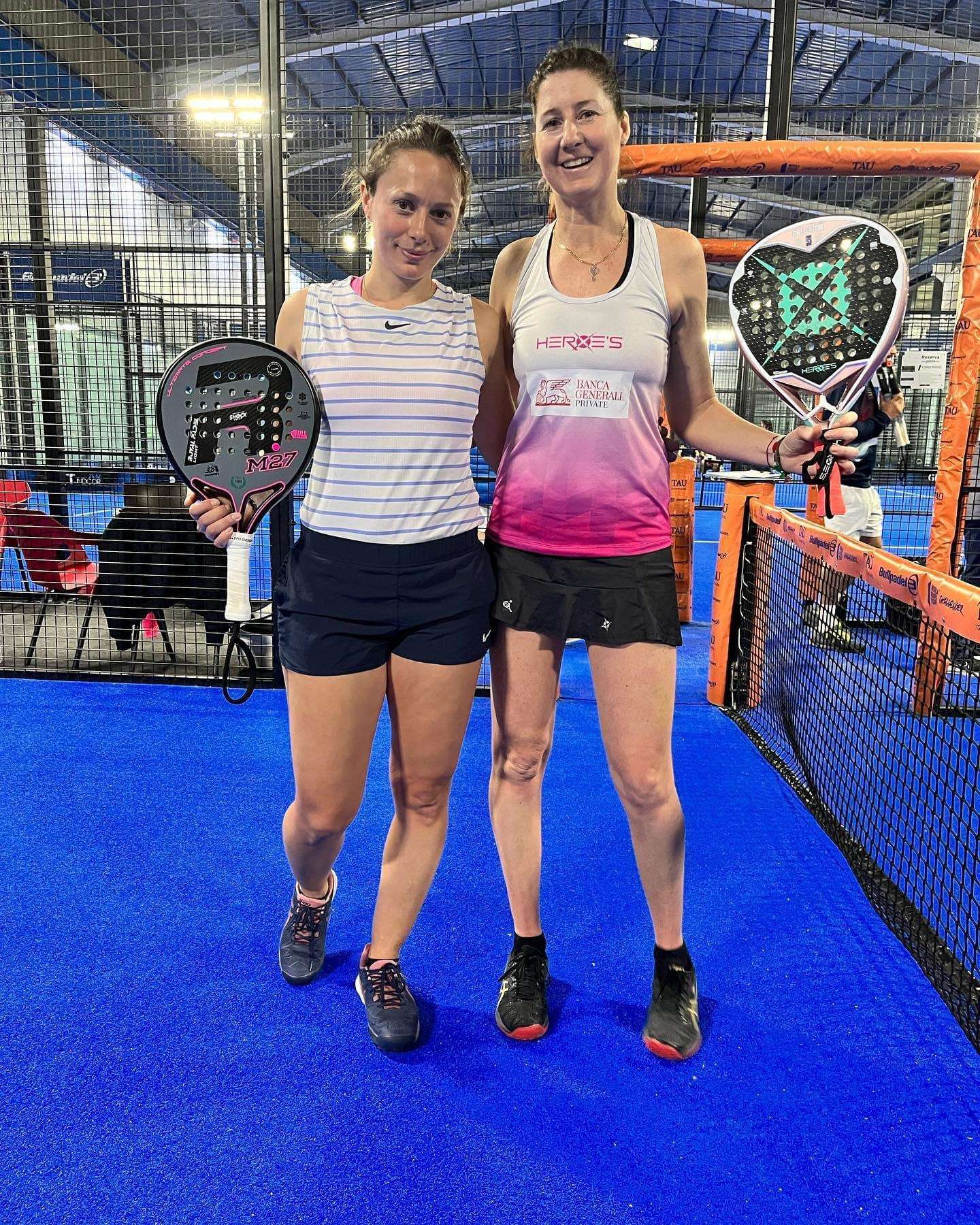 Tomorrow morning there will be the second round to decide which pairs will qualify for the round of 16 of the Cuadro Final.
There will be another clash between Italians with Vinci-Sussarello against Casali and Martinez, the winners will face the very strong Spanish Goenaga-Caldera.
Our Carolina Orsi with Sandra Bellver is already in the draw but will face the strong Sofia Araujo (n°25) and Lorena Rufo (n°23).

Between yesterday and this morning the previa stages were played.
In the first round of previa yesterday, Carolina Petrelli and Emily Stellato and Valentina Tommasi and Martina Parmigiani had passed the round.
This morning the second round was played and was attended by the Italian Lorena Vano from Malaga who had passed the round with a bye because of her better ranking.
Unfortunately Vano and Seijas were defeated 6-4/7-6 by Marta Borrero and Alejandra Alonso.
Defeat also for the couple Tommasi-Parmigiani for 6-2/6-3 against Sandra Hernández and Gemma Negre Sánchez.

Excellent result instead for Petrelli-Stellato who qualified for the previa beating 6-0/6-4 Ana Varo Ramos and Alba Pérez Momha. 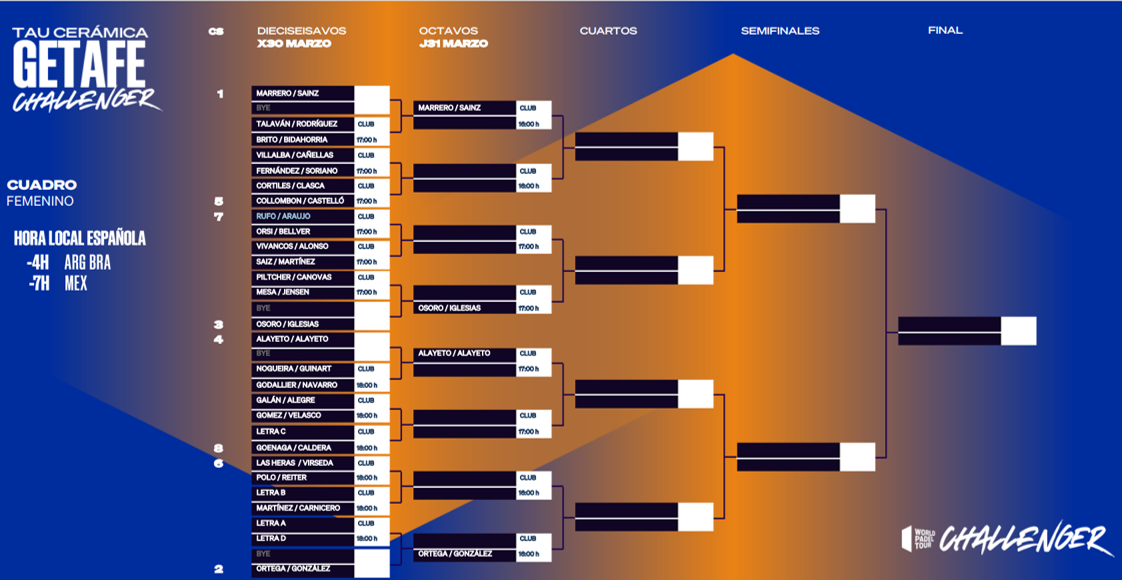 Tau Challenger : In previa Stellato and Petrelli vs Vinci and Sussarello !